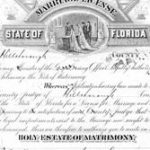 Dates: 1846 – 1988
Description: Marriage licenses, record books and indices on deposit from the Clerk of the Hillsborough County Circuit Court. 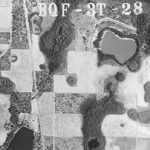 Only the Hillsborough County aerials are indexed. 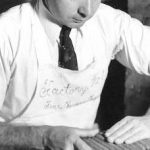 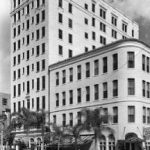 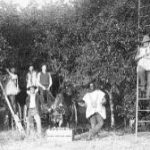 Dates: 1895
Description: Concentrating on the Pinellas Pasco region, professional photographer C. H. Stokes found his subjects along the route of the old Orange Belt Railway. Incorporated in 1893, the Sanford & St Petersburg Railroad took over the older railway’s properties, and then became part of the Plant System in 1895. Both railway companies used the photographs to promote tourism and development. 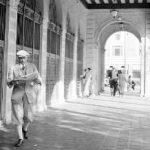 Dates: 1920s-1960s
Description: This collection documents the growth of St Petersburg from the 1920’s to the 1960’s. Photographer Francis G. Wagner [9 May 1891-2 Dec 1975], a native of Tontogany Ohio, came to St. Petersburg in the winter of 1914. He opened St Petersburg’s first camera store, the Strand Camera Shop at 9 Second Street, in 1916. The Wagners sold the Strand Camera Shop to employee Charlie E. Jones in 1963. Jones closed the shop around 1980 and the space was rented to various businesses. Hired in April 1984 to clean out the storage loft, Earl R. Jacobs, III found and preserved more than one thousand negatives. 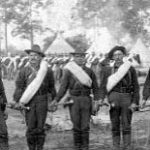 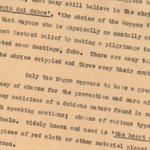 Extent: 24 linear feet (39 boxes)
Description: The bulk of this collection consists of manuscripts and revised typescripts of the Florida edition of the American Guide Series; drafts and revisions pertain to Hillsborough County, particularly the city of Tampa, with a substantial number of essays on Ybor City and its immigration history. Correspondence and research by Stetson Kennedy, one of the project’s chief editors, is included. Also included are the correspondence and records of daily activities of Carita Doggett Corse, who served as the director of the Florida Writer’s Project in 1935. 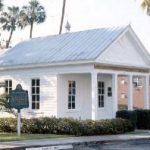 Description: Dr. Sape Zylstra has constructed within this collection a glimpse of the first century of Tampa’s rich architectural history. From the earliest schoolhouse built by General Jesse Carter for his daughter to a Post-Modern home constructed by notable Tampa architect Eduardo Garcia, we get a peek at the fertile divergence of cultures drawn to Tampa. 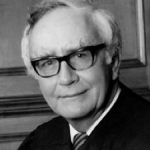 Description:Morison Buck, a native of Memphis, Tennessee, practiced law in Tampa from 1948 to 1977. He served as a United States Commissioner, as Tampa’s Assistant City Attorney, as a Circuit Judge and, since 1991, as a Mediator for state and federal courts. The collection includes copies of “Chips off the Old Bench” columns written by Judge Buck for the Hillsborough County Bar Association. 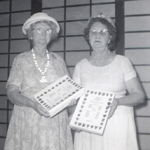 Dates: 1958-2000
Extent: 4.5 linear feet (7 boxes, 2 bound items)
Description: Established in Tampa on January 22, 1958, the Florida Genealogical Society states as its purpose: “To honor the memory of our forefathers. To search out and complete the broken lines of our descent. To acquire and preserve records of Genealogy and related History.” Collection consists of the society’s business records, yearbooks, photographs and publications.