Recognizing that history and literature occur outside of the established canon, the University of South Florida’s Science Fiction & Fantasy Collection provides scholars and students the opportunity to explore the development and influence of popular fiction genres. In 1970, a decade after opening its doors to researchers and students, the Tampa Library at the University of South Florida launched a collection of resources for the study of science fiction and fantasy. Focusing on mass market publications, this early collection provided a window through which scholars and students could watch the maturation of a pop culture phenomenon during the last three decades of the 20th century. Shortly thereafter, Special Collections began collecting materials that illustrate the history of science fiction and fantasy as genres. Today, the Science Fiction & Fantasy Collection is out of this world, consisting of several thousand volumes of iconic works and literary criticism, 200 linear feet of manuscript materials, a number of first editions and first printings of classic titles, European and Latin American authors, a significant collection of science fiction pulp magazines and dime novels, and a digital archive of the SFRA Review. In addition to providing access to canonical science fiction titles, authors, and series, Special Collections has developed an unparalleled collection of Latin American science fiction. Latin American science fiction authors have developed a unique, transnational niche in the global science fiction community, a niche that USF is seeking to document and preserve. Explore this page

Piers Anthony Dillingham Jacob is better known as Piers Anthony, the prolific author of science fiction and fantasy novels, including the best-selling Xanth series. Anthony, an alumnus of the University of South Florida, has won numerous awards for his science fiction and has been nominated for both the Hugo and the Nebula Awards. The Piers Anthony collection includes manuscripts of more than eighty-five books and short stories, correspondence, and a daily work record. For a full description, see the collection’s finding aid »

The Frederik Pohl papers are comprised principally of manuscripts, drafts, notes, proofs, and other documents relating to science fiction and nonfiction works written by Frederik Pohl. The collection also includes correspondence, speeches given by Mr. Pohl, and reviews of his publications. Although the earliest items date from 1952, most of the materials range from the early 1970s through 2005. For a full description, see the collection’s finding aid »

The Mike Resnick collection consists of correspondence, original manuscripts and proofs, articles and reviews written by Resnick, and screenplays, as well as a variety of multimedia, including video tapes, compact discs, cassette tapes, and floppy disks. For a full description, see the collection’s finding aid » 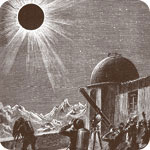 Special Collections holds a number of science fiction novels, short story collections, and magazines. Of particular strength are published materials that support manuscript collections, including nearly complete collections of first editions, often signed, by Brian Aldiss, Harry Harrison, and Mike Resnick’s works. There are also a number of paperback first printings representing the golden age of science fiction (1930-1950) and New Wave science fiction (1960-1970) as well as curiosities such as the Esperanto translation of Edgar Rice Burrough’s A Princess of Mars as Princino de Marso. 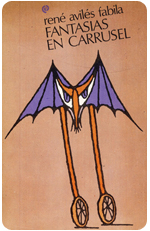 Special Collections at USF has developed an unparalleled collection of Latin American SF monographs, serials, and ephemeral publications that is largely unavailable in the United States. Special Collections currently holds a near-comprehensive collection of SF from Cuba, a representative sampling of works from Argentina and Mexico, as well as a number of fine examples of the small press publications which, while difficult to locate in the United States, have formed the backbone of the Latin American SF resurgence in the latter 20th century. Systematic collection development created near-comprehensive coverage of authors as well as to represent more accurately the full breadth of sub-genres, forms, and formats encompassed by speculative fiction in Latin America. USF’s collection is a unique tool for researchers, scholars, and students as they work to recover the tradition of SF in Latin America.

The Science Fiction & Fantasy Collections include a number of magazines that are available online. These titles include:

A quarterly periodical devoted to review essays of new publications.

A Cuban e-zine featuring stories, fragments of novels, and film reviews, often with a thematic focus on cyberpunk.

An open-access journal published by the USF Libraries, Alambique is devoted to scholarly research and criticism in the fields of science fiction and fantasy originally composed in Spanish or Portuguese.
Cookie info