Since the start of the twentieth century, genocide and mass violence have resulted in the deaths of tens of millions of civilians and reshaped political borders around the world. These events, persisting into contemporary times, continue to threaten global peace and security. The Holocaust and Genocide Studies Collections formed with the vision to contribute to interdisciplinary global education and action to understand and prevent genocide through research, with particular emphasis on the Holocaust, Armenia, and the Great Lakes region of Africa. The collections encompass book and archival research materials that cross international boundaries to engage specialists, scholars, educators, students, analysts, and activists. 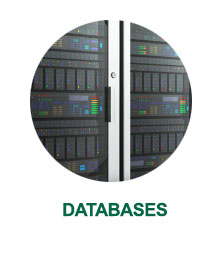 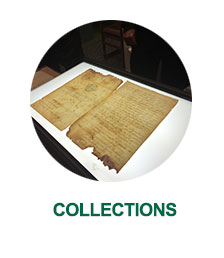 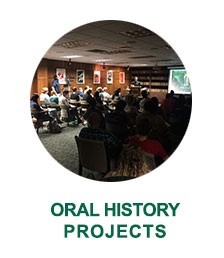 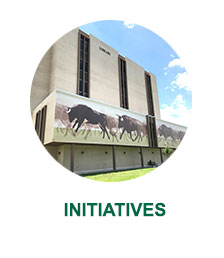 Testaments to the Holocaust offers access to the unique documents and rare printed materials of London’s  Wiener Library,  the world’s oldest Holocaust museum. Alfred Wiener fled Germany in 1933 and established his collection in London. The collection offers fully searchable personal accounts of life in Nazi Germany, along with photographs, propaganda materials such as school text books, limited circulation publications and rare serials. Through this online platform, researchers can research topics including domestic policies of Nazi Germany, Jewish life in Germany from 1933 to after the war, wartime propaganda, life in the concentration camps, hiding from Nazi oppression, emigration policies, and refugee life. To access the Testaments to the Holocaust on campus, click here » To access the Testaments to the Holocaust from off-campus:

This collection contains testimonies that were handwritten in exercise books by students in Rwandan high schools between late 1999 and early 2000. Each testimony contains the first-hand account (in Kinyarwanda) of a child’s experiences from the beginning of the 1994 genocide in Rwanda until the child was rescued. Click here to access the Rwandan Youth & Children’s Testimonies online »

The Holocaust Studies collections advance knowledge and teaching, allowing researchers and educators to apply lessons from the Holocaust to build empathy and understanding between cultures and  giving voice to survivors and their children to end the effects of trauma, which often are passed from one generation to the next.

The Armenian Studies collections provides access to research materials in English, Armenian, and other languages, and supports researchers and educators in teaching about Armenian history and culture and enhancing intercultural dialogue about the shared experiences of the survivors of oppression and attempted annihilation. You can learn more here.

In 2007, the University of South Florida and the Florida Holocaust Museum signed a formal affiliation agreement enabling cooperation in a number of areas. Chief among these are efforts to provide greater access to collections held at the Museum and USF Libraries. Access the Museum library’s online catalog.

While on a fact-finding mission to eastern Chad in June and July 2007, Waging Peace researcher Anna Schmitt was told by Darfuri refugee women how their children had witnessed horrendous events when their villages were being attacked. Anna gave the children, aged 6 to 18, paper and pencils and asked them what their dreams were for the future and what their strongest memory was.  In November 2007, the drawings were accepted by the International Criminal Court in the Hague as contextual evidence of the crimes committed in Darfur. A selection of these drawings were exhibited at the USF Libraries Tampa  in January of 2009. The original 500+ drawings comprise a collection to be donated by Waging Peace to the USF Libraries Holocaust & Genocide Studies Center upon completion of exhibitions worldwide. Rebecca Tinsley, founder of Waging Peace and Network for Africa spoke at the USF Tampa Library as the USF Libraries Holocaust & Genocide Studies Center’s 2009 Lecture Series inaugural speaker. Click here to access the Waging Peace Darfuri Children’s Drawings online »

Center for Conflict Management at National University of Rwanda