The Florida Studies Center draws upon the University of South Florida Libraries’ extensive collections and expertise to promote interdisciplinary teaching and research and to help the Tampa Bay Community develop a better understanding of Florida’s past, present and future. 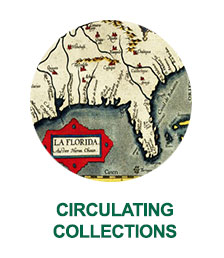 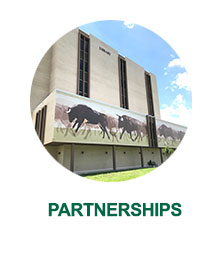 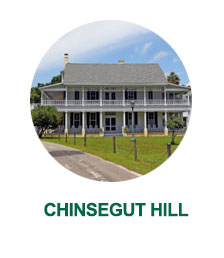 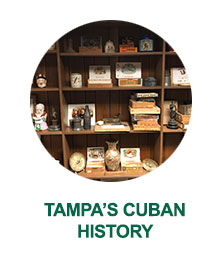 The Florida Studies Center Collections contain monographs, maps, manuscripts, photographs, printed ephemera, oral histories, and artists’ books relating to Florida’s history and culture, especially the Tampa Bay region and its relationship with the Caribbean Basin. The collections center around the themes of immigration, race, ethnicity, and gender and place them in a global context. Particular strengths include Ybor City and West Tampa’s immigrant and ethnic experience and cigar label chromolithography.Learn more about the Center’s collections and exhibitions via the links below.

Librarian Andrew T. Huse researched and wrote the application that placed Chinsegut Hill on the National Register of Historic Places in September 2003. His work illuminates the site’s rich history with readings, photos, and documents. It also records the pressing preservation needs of the Manor House, current projects, and opportunities for support. Hernando County’s Chinsegut Hill Manor House is the University of South Florida’s first building and its historic crown jewel. The rich history of this site includes wars of Indian removal, slavery, agriculture, the Civil War, industry, social activism, human rights, environmentalism, education, and preservation. As one of Florida’s largest and oldest surviving plantation houses, it was worthy of preservation for the benefit of future generations. 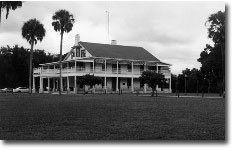 In 1843, South Carolinian Bird M. Pearson established a plantation on this site known as Tiger Tail Hill. He built the manor house’s east wing in 1849, one of few surviving plantations in Florida and the oldest house in Hernando County. Subsequent owners raised citrus, cattle, and sugarcane. In 1904 Chicago residents Raymond (1873-1954) and Margaret Drier (1868-1945) Robins purchased the property and named it Chinsegut Hill, an Inuit word meaning “a place where lost things are found.”

The estate served as a retreat from the couple’s tireless social activism on behalf of workers, women, and the poor. Guests entertained at the home included Thomas Edison, Jane Addams, Marjorie Kinnan Rawlings, J.C. Penney, and Helen Keller.

During the Great Depression, the Robinses went bankrupt and donated Chinsegut to the federal government. They continued to live here until their deaths, and collaborated with the Department of Agriculture on an experimental station to benefit Florida farmers. New Deal workers improved the property and built two cabins in 1933. The station remains today.

A Brief History of Chinsegut Hill

When the manor house was first erected in 1842, Florida was a much different place. Central Florida had only recently been wrested from the Seminole Indians and their allies, and the U.S. grip on the region remained tenuous. The Armed Occupation Act, passed by Congress in 1842, opened central Florida to homesteading. The Florida frontier was still a violent place, with the Seminole Wars adding to the natural dangers of wild animals and disease. The opportunities offered drew settlers to the area, and Colonel Byrd Pearson was one such person. Pearson hailed from South Carolina and staked a claim to 5,000 acres in Hernando County south of Lake Lindsey. He named his plantation Tiger Tail Hill, cleared the land, brought slaves, planted sugar cane, and built a sugar mill. When his crop of sugar cane failed, Pearson turned to raising cattle and cultivating cedar trees, citrus, and cotton. In 1849, Pearson erected the east wing of a dwelling that would become Chinsegut Hill Manor House. By 1850, the Armed Occupation Act succeeded in drawing enough settlers to ward off further incursion by Indians, and Hernando County’s population consisted of 602 settlers and 322 black slaves. To read more about the history of Chinsegut Hill, see Andrew T. Huse’s brief history below, which was submitted with the application to place the manor house on the National Register of Historic Places in 2003.

Chinsegut Hill Manor House dates back 160 years to the days of territorial Florida and the Seminole Wars. Its several owners steadily expanded and improved the house, and its various wings were created in a period that stretches a century. Architecturally, the house has been modified and refined over the years. The site evokes a different Florida than is typically known. At Chinsegut, large rolling hills and ridges give way to vast valleys and lakes, and a large variety of vegetation and animals flourish. The document below was written by Andrew T. Huse to submit with the application to place the manor house on the National Register of Historic Places in 2003.

Come and Find Me

Elizabeth Robins’s vivid account of her earliest days at the Hill, the introduction to her book of the same name about her search for Raymond in Alaska.

An article about Raymond’s mysterious disappearance in the early 1930s, after suffering a breakdown and having amnesia.

Homepage for the Experimental Station on Chinsegut Hill.

An account of the Bolshevik Revolution, including Raymond’s Red Cross Work.