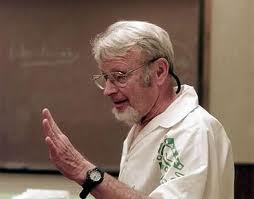 The late Dr. Charles Wolfgang Arnade, renowned historian, Fulbright scholar, and White House Fellow, was Distinguished Professor of Government and International Affairs at the University of South Florida (USF). Born in Görlitz, Germany, his family fled Nazi rule in the late 1930s, and he grew up in China and Bolivia before coming to the United States in 1946. At age ten, while his father served as an advisor to the Chinese military in Nanjing, Arnade learned of the slaughter of over 250,000 civilians at the hands of Japanese soldiers. Deeply affected by this experience, he spent his life defending equal rights at home and abroad. After earning his B.A. and M.A. at the University of Michigan and his Ph.D. from the University of Florida, Arnade came several years later to USF as a charter faculty member. During his more than fifty-year career, he taught over five dozen difference courses at USF and as a visiting professor at universities around the world. He won numerous teaching awards and introduced Holocaust studies to USF.

1. A section made up of some 3000 books and pamphlets.
2. A substantial collection of newspapers and serial publications (includes long runs of newspaper and periodical publications that are seldom complete.)
3. Manuscripts and archival material.

Before looking specifically into each one of these three distinctive units, a few words should be devoted to the work that established Dr. Arnade’s scholarship in his chosen field.

The publication of his first book, The Emergence of the Republic of Bolivia (Gainesville, University of Florida Press, 1957), an elaboration of his 1955 Ph.D. dissertation from the University of Florida, firmly established Dr. Arnade’s reputation. His standing was further enhanced and reached a much wider audience when this work was translated into Spanish (an unauthorized translation), and issued as La dramática insurgencia de Bolivia, published in La Paz, Bolivia in 1964. Dr. Arnade’s book has endured the test of time; in a recent authoritative reference work, Leslie Bethell states that, “The best account of Bolivian independence continues to be Charles Arnade’s, The Emergence of the Republic of Bolivia” [See Cambridge History of Latin America (1995), p. 232].

As a keen admirer and follower of the renowned polygraph Gabriel René Moreno (1836-1908), considered to be the most brilliant and disciplined of Bolivian historians, Dr. Arnade follows his methodology in The Emergence of the Republic of Bolivia. What results is a well-documented and detailed account of the events leading from the civic revolts of 1809 against Spanish authorities in the cities of Sucre (Chuqisaca) and La Paz to the fifteen years of virtually constant skirmishes and battles ending with the Víctory in 1824 by the anti-Spanish forces led by José Antonio de Sucre, and the subsequent creation in 1825 of the new independent Republic of Bolivia.

From another perspective, The Emergence of the Republic of Bolivia can be seen as an expansion and continuation of Gabriel René Moreno’s own Ultimos días coloniales en el Alto Perú (1896/1897). In this work, René Moreno studied in minute detail how news of the Napoleonic usurpation of the crown of Spain and the imprisonment of king Ferdinand VII of Spain in 1808 eventually reached the shores of the New World; he also described the reaction to this news and the fateful consequences that followed– particularly in Chuquisaca, a city that became one of the forerunners of the ensuing rebellion against the Spanish Crown.

Throughout the period of Spanish administration most of the geographic region that is now part of the Republic of Bolivia had been referred to as Upper Peru. This area had been an integral part of the jurisdiction of Lower Peru, with a seat in Lima, going back to the sixteenth century. Since the creation of the Viceroyalty of the Rio de la Plata in 1776/1777, however, and with the new prominence given by the crown to the settlements on the Atlantic Coast, the territory known as Upper Peru was transferred to the newly established jurisdiction of Buenos Aires. Thus, before the emergence of Bolivia as an independent nation, a vital question had to be settled: did the territory known as Upper Peru belong to Peru or the newly established Provinces of the Rio de la Plata. Both competitors presented very compelling claims, each one for its own side.